This page contains affiliate links. If you use these links to buy something, we may earn a commission at no additional cost to you. As an Amazon Associate we earn from qualifying purchases made from our website. Click here to read our full privacy policy.


Warts are just one of those things in life that we could all do without. They aren’t exactly an attractive feature to have and can be incredibly hard to eliminate.


So, how do we get rid of warts? Will insurance cover this? What about Medicaid? Does Medicaid cover wart removal?

Medicaid may cover wart removal. Medicaid is administered by each state independently, so it will most likely depend on where you live. Wart removal is usually something you would see a dermatologist for. While most state Medicaid programs cover dermatology visits, wart removal isn’t always covered.


Warts are skin lesions caused by the HPV (human papillomavirus). They are almost always small and noncancerous. Because warts are caused by a virus, they can quickly spread to other parts of the body and other people.


The HPV virus triggers extra cell growth, causing the skin’s outer layer to thicken where the wart is. The most common places to get warts are on your hands and feet.


Because everyone’s immune system works differently, not everyone who comes in contact with the virus will get warts. People with eczema or other skin conditions are more prone to warts than children and teenagers.


There are several kinds of warts, each of which looks and feels slightly different.


The most common warts are flesh-colored and found on the backs of the hands, the fingernails, and the feet. They are usually smaller than a pea, rough to the touch, and easily transmitted to your face.


While flat warts are generally tiny, they grow rapidly and in large numbers. You often see them on children’s faces, women’s legs, and men’s beard areas.


Plantar warts are found on the soles of your feet, and pressure from walking causes warts to grow into your skin. They are usually flat and thick and can often be confused with calluses.


Filiform warts grow fast, especially around the mouth, eyes, and nose. While they are annoying, they usually don’t hurt. They are thread-like and tend to look like tiny brushes.


Genital warts are spread by sexual intercourse and are small, scattered skin-colored bumps. They tend to represent cauliflower and are very hard to treat.


Most want warts removed, as they can cause discomfort and spread quickly. If you are insured by Medicaid, you probably wonder if wart removal is covered under your plan.


Many cases of wart removal are not covered by Medicaid, but it depends on your state. Warts are noncancerous and are usually removed because of their appearance, making the procedure a cosmetic one and not medically necessary.


Medicaid usually won’t pay for removal if it is not medically necessary. However, there are cases where warts can cause a medical issue, and in that case, removal will probably be covered.


While a visit to a dermatologist is in order, some of the reasons wart removal may be medically necessary are:

State Medicaid policies change regularly, and the best way to determine if your state will cover wart removal is by contacting them.


The following is a list of Medicaid websites for each state:

What Does Wart Removal Cost Out of Pocket?


When wart removal is not covered by Medicaid, you may have to look for other ways to remove them. And it may cost you, depending on your chosen method. The cost typically depends on how many warts are involved, their size, where they are on your body, and the technique used to remove them.


You can try an over-the-counter method containing salicylic acid, which softens the abnormal skin cells and eventually dissolves warts. Compound W® products are one of the most common brands of over-the-counter wart removers. You can find this in your local drug or grocery store.


Laser therapy is usually done in a doctor’s office under anesthetic, depending on the circumstances. The process uses a beam of light or laser to cut off the blood supply to the wart, causing it to fall off over time.


The procedure is usually between $350 to $400 depending on the number of warts removed and the number of treatments you may need.


Sometimes known as dry ice, cryotherapy uses liquid nitrogen to freeze and destroy warts. It is performed by a doctor and can cost upward of $600 or more. The cost also depends on the number of warts and treatments needed. There is usually some discomfort from the procedure afterward.


Often, warts are so stubborn they won’t go away with regular treatment. Sometimes, a procedure known as intralesional immunotherapy is called for. A doctor injects an antigen into the wart, which triggers an immune response. This procedure is usually successful and cost-effective, at around $200, depending on the number of treatments needed.


While warts will always be one of life’s little displeasures, they are easily treated. Whether or not your Medicaid plan will cover removal depends on the circumstances surrounding the wart.


Depending on your budget, if your plan does not treat removal, there are many other methods you can look into.


Save Money on Your Wireless Phone Service


If you qualify for programs like Medicaid, you may also be eligible for Lifeline or the Affordable Connectivity Program (ACP). Lifeline and ACP are government-run programs that help low-income consumers receive free or heavily discounted communication services.


Click here to find out more and apply for this valuable benefit.


Save Even More With Recommended Resources and Amazon Deals


Looking to save on additional items? You may want to check out our Recommended Resources page. For example, you can learn how to save 50% on Amazon Prime membership and use your EBT card.

Save on an Amazon Prime membership for government assistance recipients.
Affiliate Link

That you can pay for your groceries on Amazon with SNAP EBT? Qualify for exclusive deals and get FREE delivery, all with no membership required.
Learn More
Affiliate Link
Blog
Media Clippings
Press Releases 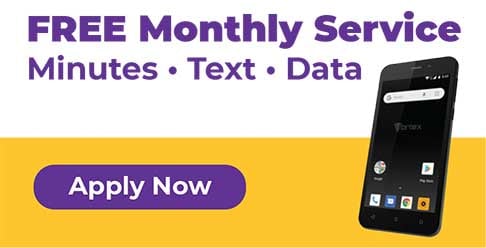